Influencer Tiers - They All Play a Role

As a consumer, “influencer” has become an increasingly common term as everyday social media users are taking their personal channels and shifting it into a space, where they are able to monetize their content.

Many content creators have gained such a substantial following that are able to market to the mass audience and some have collaborated with existing brands or even launched their own brand solely using their social media following to increase brand awareness.

Although these larger influencers seem to be deemed the “most successful” or “desirable” for brands to use, there are various tiers within the influencer space, each offering different benefits and bringing a different value to each partnership. Many businesses assume that going bigger is better, but that is not always the case. 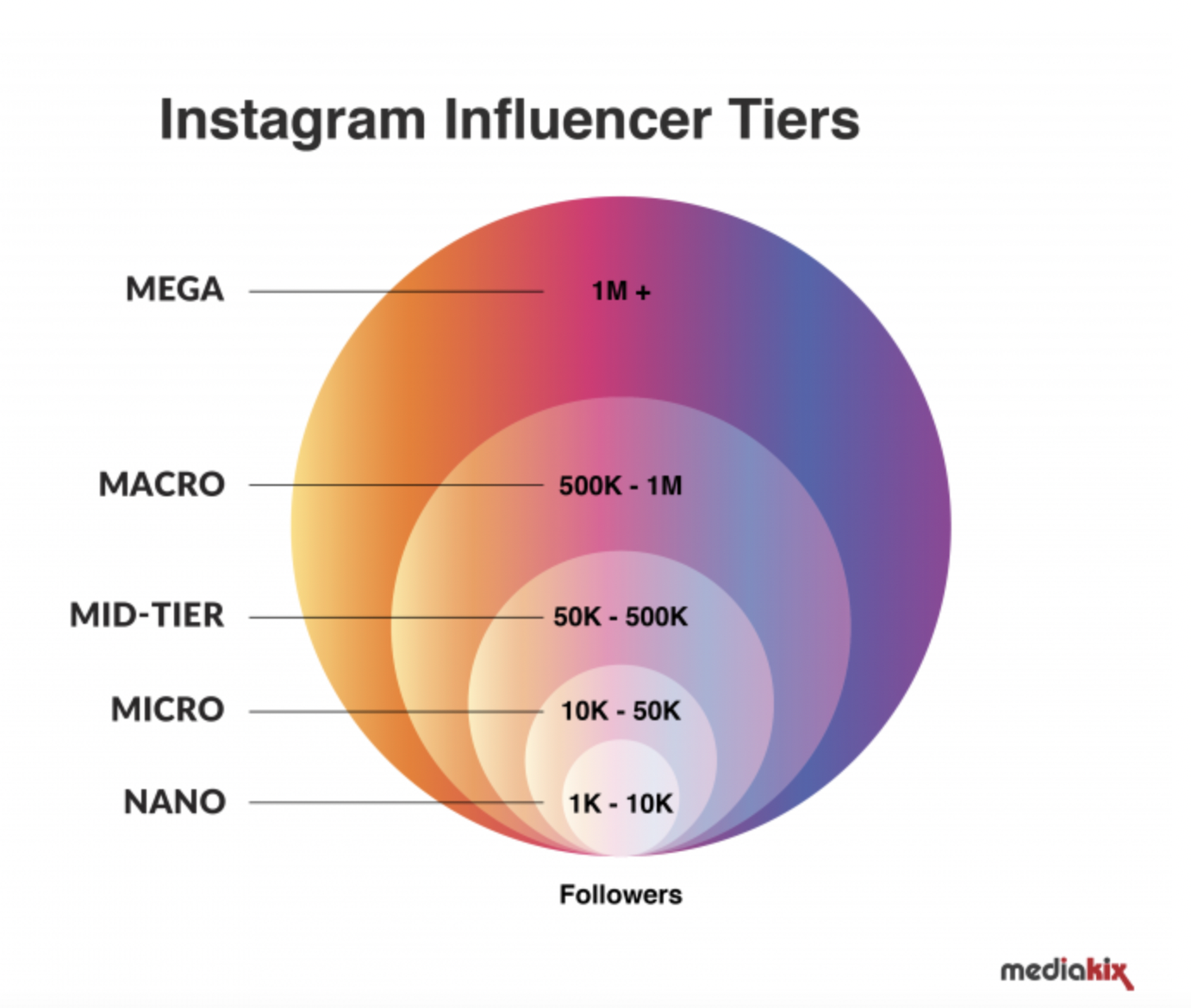 Depending on your brand's needs, budget and overall KPIs, each influencer category can play a vital part in your marketing mix!